With the 2022 Suncorp Super Netball season officially over, let’s take a look back on the season that was for the GIANTS. Round by round, game by game. First up, it’s rounds 1-7. 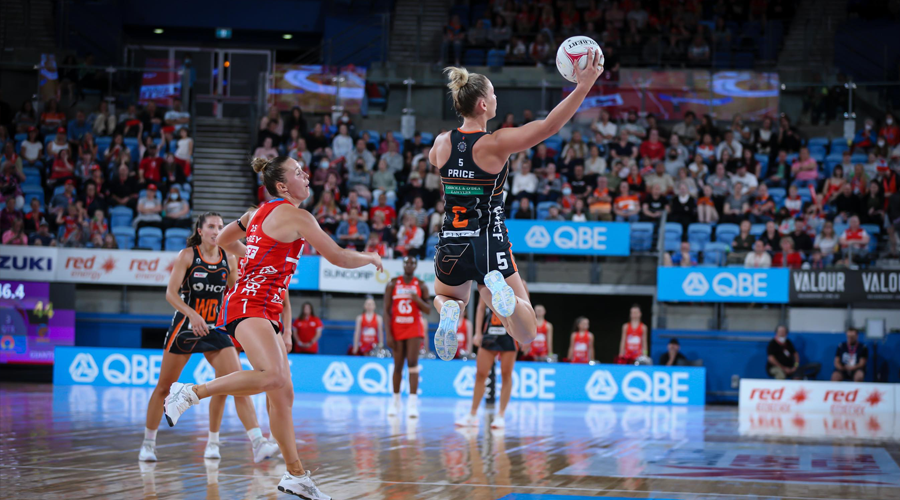 The summary: The GIANTS opened season 2022 with the highly anticipated double whammy of the Grand Final re-match, plus the bi-annual NSW Derby.

It was a match that ebbed and flowed with the reigning premiers starting the game strongly, but a 20-15 second quarter from the GIANTS had them leading by three at the main break.

With April Brandley moving to the bench for the second half due to injury management, the GIANTS welcomed their first debutant of the season with Jemma Donoghue making her Suncorp Super Netball debut, becoming GIANT #25.

With one goal the difference heading into the final quarter, the stadium was left speechless just two minutes in as Swifts goal shooter Sam Wallace went down with a season-ending knee injury. The Swifts dug deep to play through their emotions, challenging the GIANTS right to the very end, but the GIANTS managed to hold on to their lead and open their 2022 campaign with a win.

The talking point: Netball fans were in awe of the GIANTS’ 2022 clash dress. With orange and red often clashing, the GIANTS donned an all-charcoal dress when facing off against the Swifts in season 2022. 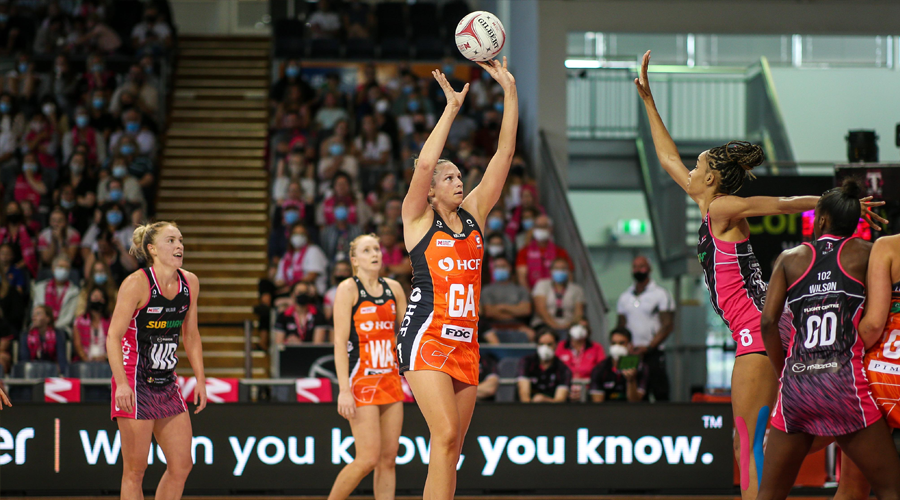 The summary: It was a match like no other as the GIANTS became the first team to be affected by COVID in season 2022.

In the days leading into the round two match, the GIANTS had six squad members ruled out with COVID-19 and two yet to be medically cleared. After the request to schedule was declined, the GIANTS fielded a team with two uncapped training partners, as well as West Coast Fever training partner Chelsea Pitman.

The GIANTS held their own against an impressive Thunderbirds outfit in the first half, with the scores level at the main-break, but the holes left by key trio Sophie Dwyer, Jamie-Lee Price and Amy Parmenter started to show in the second half.

The talking point: The incredible story of Chelsea Pitman added another chapter to it’s book. The 34-year-old, internationally experienced West Coast Fever training partner and former Adelaide Thunderbirds captain was called into the GIANTS’ squad just 24 hours prior to the game. 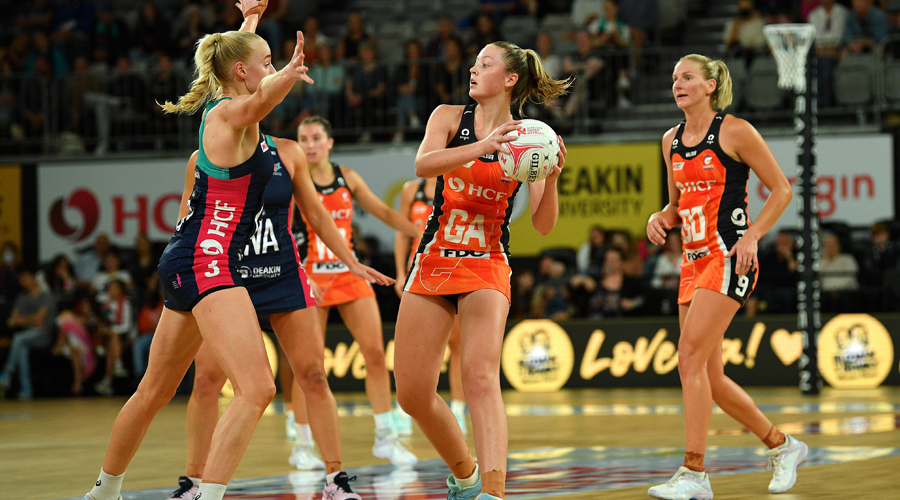 The summary: After taking out the Team Girls Cup during pre-season, the Vixens continued to prove why they were premiership favourites in season 2022.

Whilst always in reach, the GIANTS were outclassed by a fresh-looking Vixens side.

The GIANTS were grateful to have their Diamonds trio return but it was always going to be a question of how they could perform post-COVID and for how long.

There was just one too many errors from the GIANTS and they couldn’t win back enough ball to give themselves the opportunities they needed. 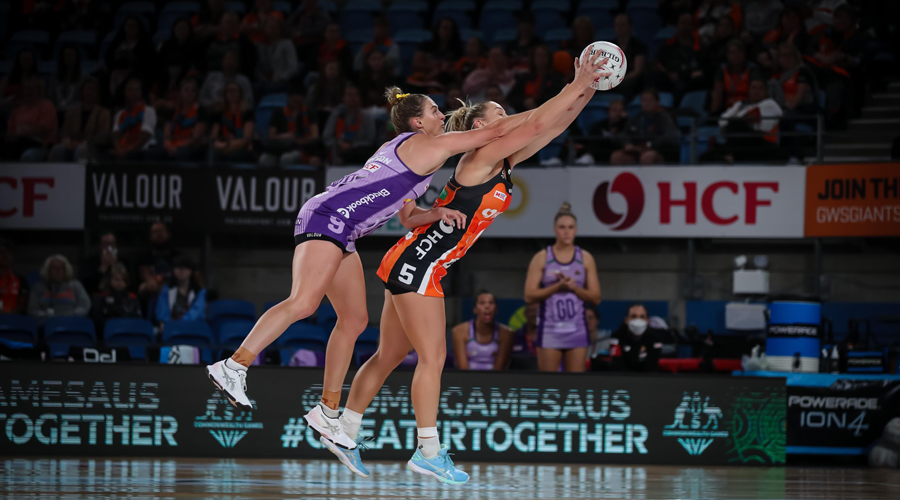 The summary: After 296 days the GIANTS returned home to Ken Rosewall Arena, but it wasn’t quite the homecoming they were hoping for.

After a strong opening round performances, the GIANTS’ season derailed temporarily, losing the next three games, with the aftereffects of COVID lingering.

The Firebirds were out to continue their strong start to the season and were on from the get-go, winning every quarter, including a 18-10 third quarter to really cement their lead.

Tilly McDonell was a standout for the GIANTS picking up six gains and 80.5 Nissan Net Points, up against a quality but unknown opponent in Donnell Wallam.

The talking point: To put it simply, the GIANTS were just off and the Firebirds took advantage. It was an uncharacteristic game for the GIANTS and one that created some tough conversations in the changerooms post-match. 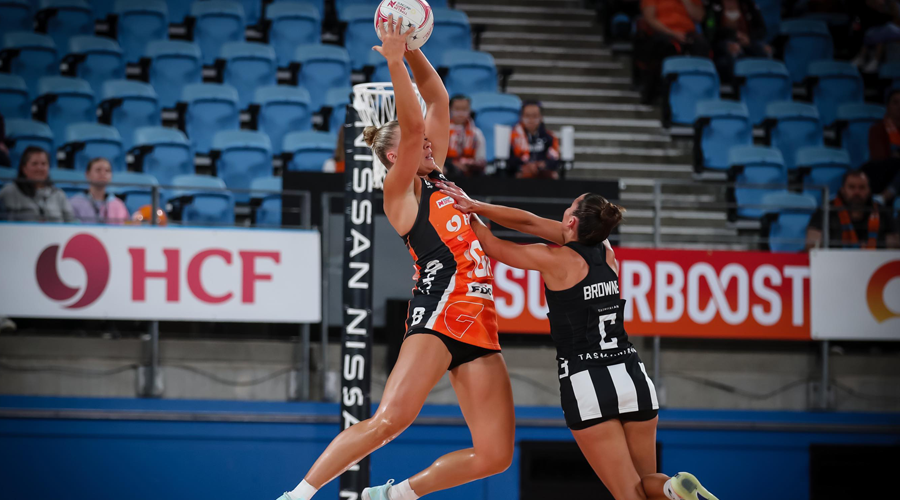 The summary: The GIANTS had their sights set on the chocolates when they hosted the Magpies in round five on Easter Saturday.

After the Magpies scored four of the first five goals, the GIANTS were desperate to avoid a repeat of their round four efforts. The first two minutes soon became history and the GIANTS dominated the opening quarter, going on to score 21 goals.

They backed up the shooting volume scoring 16-19-10 in the remaining three quarters to pile on a whopping 76 goals.

Jo Harten led from the front shooting at 100% including two Suncorp Super Shots.

The talking point: This win was pivotal to the GIANTS early in the season. Sitting 1-4 heading into the match, the win was crucial for the momentum of the club and keeping them within reach of the top four. 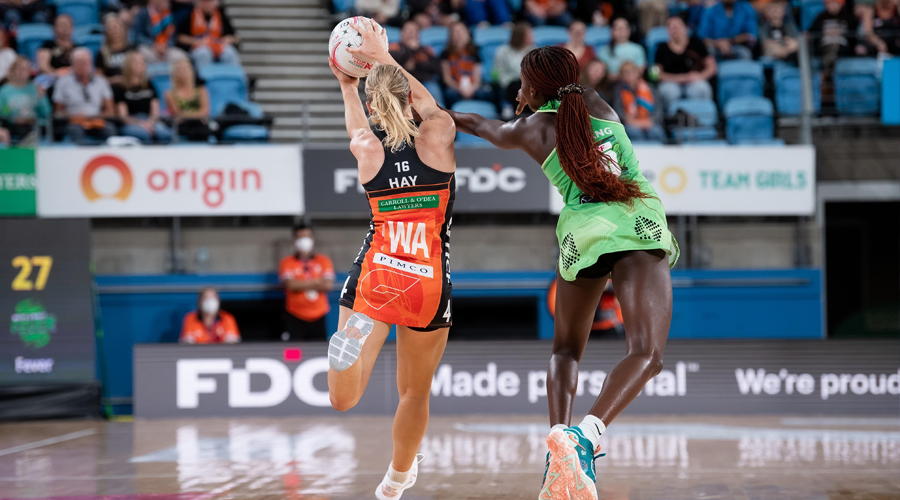 The summary: It was match that sent cheers around Ken Rosewall Arena and the Sydney Olympic Park area.

The GIANTS and the Fever always seem to put on quite the battle and this was the case yet again.

The GIANTS knew the importance of having a strong start against the Fever and that’s exactly what they went out and did. But a good half of netball isn’t enough against a side like the West Coast Fever.

As expected, the Fever made some changes, including bringing on Chelsea Pitman who played for the GIANTS just a few rounds prior, and punished the GIANTS in the third quarter.

The scores were level with three minutes remaining but a composed GIANTS, backed by a passionate home crowd, managed a run of three goals to steady play and ensure their lead, and victory.

Sophie Dwyer rose to the occasion shooting at 94% and sinking 5/6 Suncorp Super Shots.

The talking point: The power of the 11th player. The crowd in Ken Rosewall Arena was huge during this game. When the final whistle was blown the stadium erupted. It was also a similar reaction during Jo Harten’s post-match interview with Sharni Norder.

The summary: The GIANTS closed out the first half of their season with a record-breaking win over the Lightning.

The Lightning have forever been a bit of a bogie team for the GIANTS, with the GIANTS having only beaten them once back in 2018.

A well-timed time-out for the GIANTS mid-way through the opening quarter saw a huge shift in momentum for the GIANTS as they went on to dominate the remainder of the first quarter, including four Super Shots.

From there on in, they didn’t take their foot off the pedal, tracking each quarter to equal or break the highest score for the season.

Talking point: This was the third time in the opening seven rounds that the Sunshine Coast Lightning had 82 goals scored against them.