With the 2022 Suncorp Super Netball season officially over, we’re taking a look back on the season that was for the GIANTS. Round by round, game by game. Next up, it’s rounds 8-14 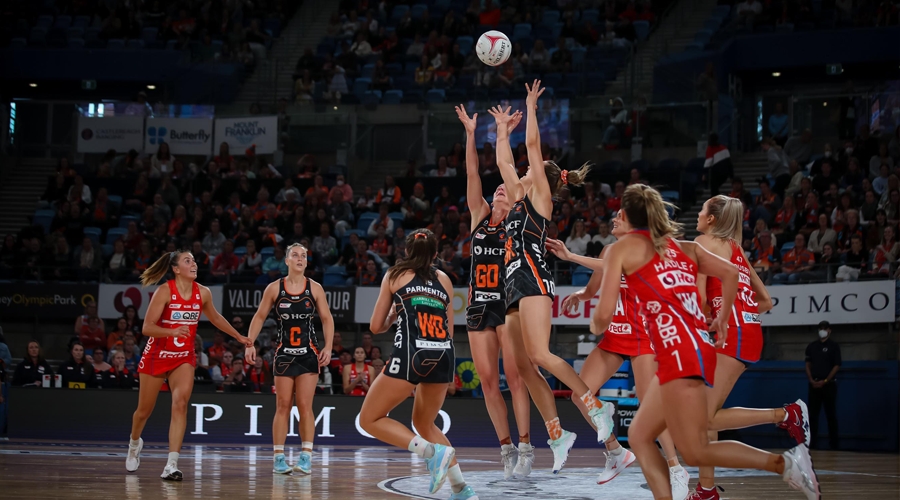 The summary: Back to the beginning and back to the charcoal dress – but it wasn’t back to a win unfortunately.

The Swifts looked like they had done their homework coming into this match – well prepared and shutting down everything the GIANTS had to offer.

Trailing by six at the main break, Amy Parmenter, April Brandley and Tilly McDonell were behind a second-half fightback, but the Swifts had the answer to each surge.

The talking point: Non-contact sport? After a well-contested ball late in the fourth quarter, Swift Paige Hadley ended up with a split eyebrow. Both teams were putting their bodies on the line in selfless acts, knowing the importance of the four points heading into the second-half of the season. 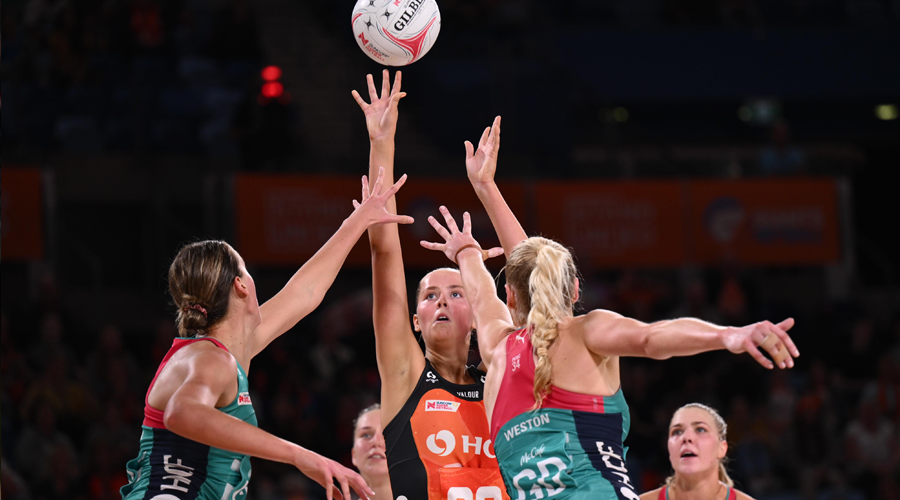 The summary: It was a tale of two-halves that ended with the first period of extra-time for season 2022.

Trailing by as many as 11 goals in the second and third quarters and with an ill captain Jo Harten on the bench, Matisse Letherbarrow was sensational in sinking nine Super Shots to put her team in front with just over three minutes to go.

The Vixens scored the last three points of the game, with former GIANT Kiera Austin leveling the game with her team's only successful two-point attempt.

The teams traded the first six goals of the extra-time period before Melbourne's Mwai Kumwenda completed a super individual effort by scoring the last three of the match to finish with 50 goals from as many attempts.

The talking point: Matisse Letherbarrow proved why she is the future of the GIANTS and the future of Australia’s shooting talent. After not getting much game-time prior to round nine, she played out the game, against quality defenders, backed herself and shot beautifully. 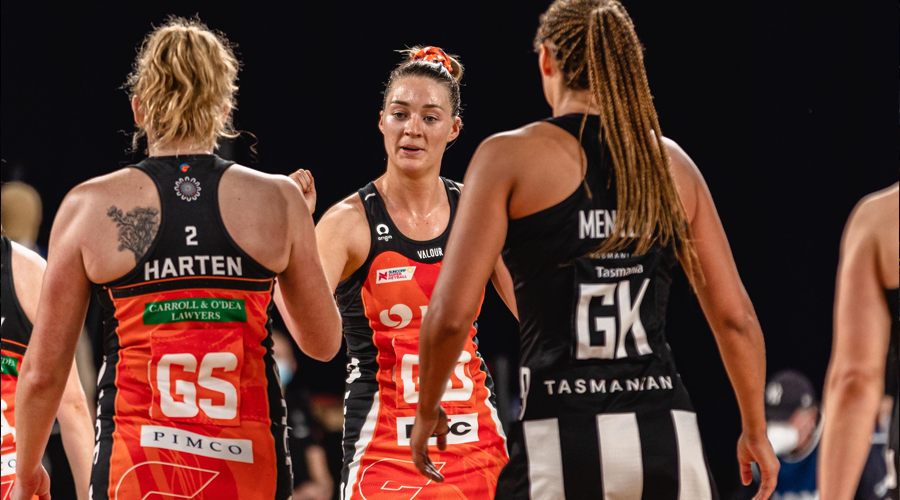 The summary: It was two rounds in a row of second-half surges, but this time it was the GIANTS who ended up on the winners’ list.

Playing to keep their season alive, the GIANTS didn’t start the game the way they were hoping.

Trailing by six at the main break, Julie Fitzgerald delivered one of her most motivational half-time speeches to date and the GIANTS came out in the third quarter to outscore the Pies by 14 goals.

Jo Harten had yet another stand-out game against the Magpies, shooting 31/34 and 10/11 Super Shots.

The talking point: The Magpies had been undefeated in Tasmania in their four years to date, but it was the GIANTS who brought that streak to an end with their nine-goal victory.

The summary: To date, clashes between the GIANTS and the Fever have been known for putting on quite a show - as was the case in their round six clash - but in round 11, at RAC Arena, the Fever were just too strong.

RAC Arena in Perth is a fortress for the Fever and after being beaten at home by the Vixens the game before, they brought their A-game against the GIANTS.

It was a tightly contested opening quarter, but it was in the middle of the game where the Fever put their foot down, punishing the GIANTS for their mistakes and playing a style of netball where winning the ball back became extremely difficult.

The Fever’s lead extended out to 18 goals late in the fourth, but a flurry of Super Shots from Jo Harten pulled the difference back to 11 at the final whistle.

The talking point: While the GIANTS didn’t take the win, scoring 77 goals is not often regarded as a bad game. Normally that scoring volume would see you take the win. 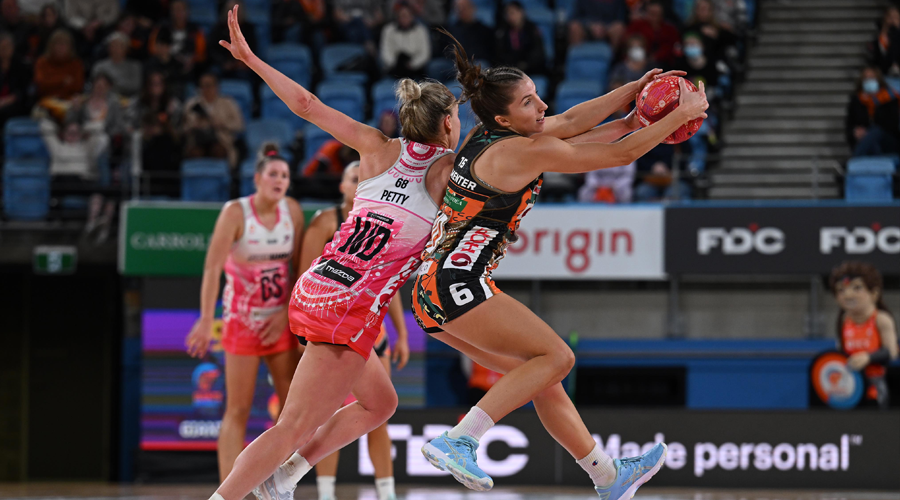 The summary: With both teams playing for their spot in the final four, there was plenty on the line.

The GIANTS set up the win with a dominant opening-half performance, leading by as many as 16 goals before absorbing a spirited second-half fightback from the Thunderbirds to give their semi-final chances a vital boost.

After conceding a league record 86 goals against the West Coast Fever in Perth in the round prior, the GIANTS restricted an out-of-sync Thunderbirds to just eight goal attempts in the first quarter to grab an 18-7 lead.

The GIANTS kept rolling in the second period as they surged to a 32-16 advantage before a late super shot from Tippah Dwan saw Adelaide cut the deficit to 14 at halftime.

The Thunderbirds won the second half, but they ultimately paid the price for their lacklustre start.

The talking point: The Thunderbirds may have missed finals eventually but they had their most successful season to date, as evidenced by the stakes in this game - entering round 12 with their finals hopes well and truly alive. 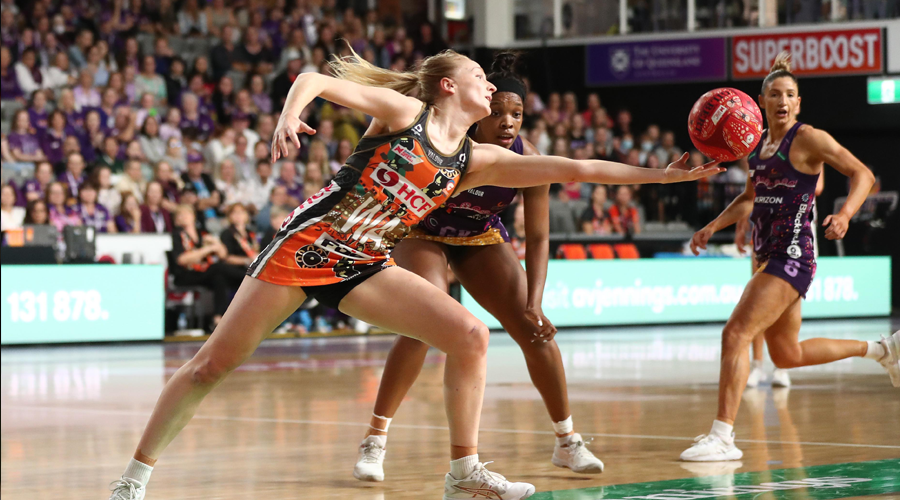 The summary: This game can be summed up with the saying ‘anything you can do, I can do better’.

Firebird Donnell Wallam sank two final-quarter Super Shots to give the home side a one-point lead inside the last minute. But then up stepped Jo Harten with a long bomb of her own to give her third-placed side a vital win that secured the GIANTS a spot in the finals.

In what had been a shootout between master goal attack Gretel Bueta and apprentice goaler Sophie Dwyer, the Firebirds, with a roaring capacity crowd behind them, looked on track for a comeback victory after trailing by as much as seven goals earlier in the game.

Sophie Dwyer rose to the occasion to steady the ship with 27/29 shots and 17 feeds while Jamie-Lee Price got the upper on Kim Ravaillion with 41 feeds, two gains and 100 Nissan Net Points.

The talking point: Jo Harten loves the high-pressure moments. Over the past couple of years the GIANTS have had their moments in high pressure matches and it hasn’t always gone their way. However, on this occasion the work from Jamie-Lee Price, Maddie Hay and Jo Harten in the dying seconds had the GIANTS jumping for joy (literally). 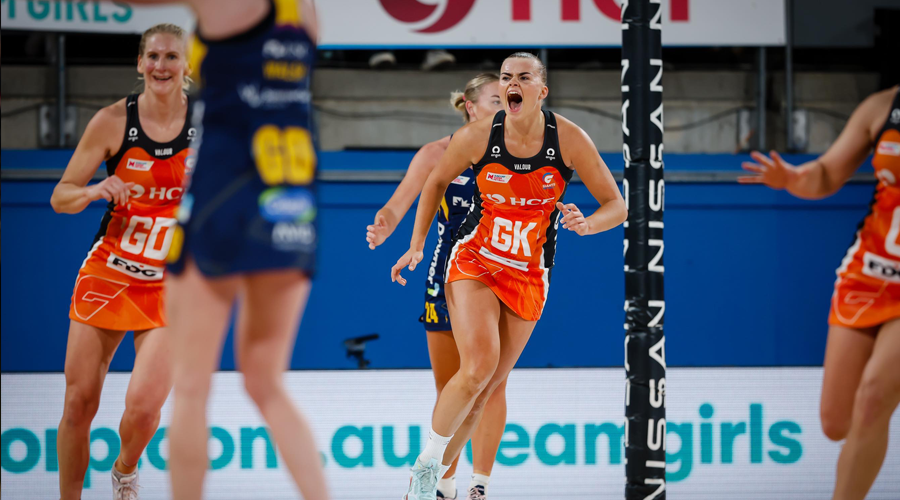 The summary: It was a familiar outing for the GIANTS, another tale of two halves, as the GIANTS eventually locked in a home semi-final.

The GIANTS scored the opening six goals of the game and then absorbed a brief flourish from Sunshine Coast to lead 39-27 at halftime. A 20 goal second quarter triggered memories of their 82-54 shellacking over the Lightning back in round seven.

But with Cara Koenen (39 goals at 100 per cent accuracy) spearheading the attack, the visitors launched a second-half fightback and provided a few anxious moments for the GIANTS when a late two-point flurry from Reilley Batcheldor closed the gap to three in the dying seconds.

It took a Tilly McDonell interception to end all hope of a miracle finish for the Lightning and to lock in the home semi-final for the GIANTS.

The talking point: The Lightning’s loss to the GIANTS saw them finish at the bottom of the Suncorp Super Netball ladder and miss out on finals for the first time since their inception into the competition. The two-time premiers finished the season with four wins and a percentage of 92.22.